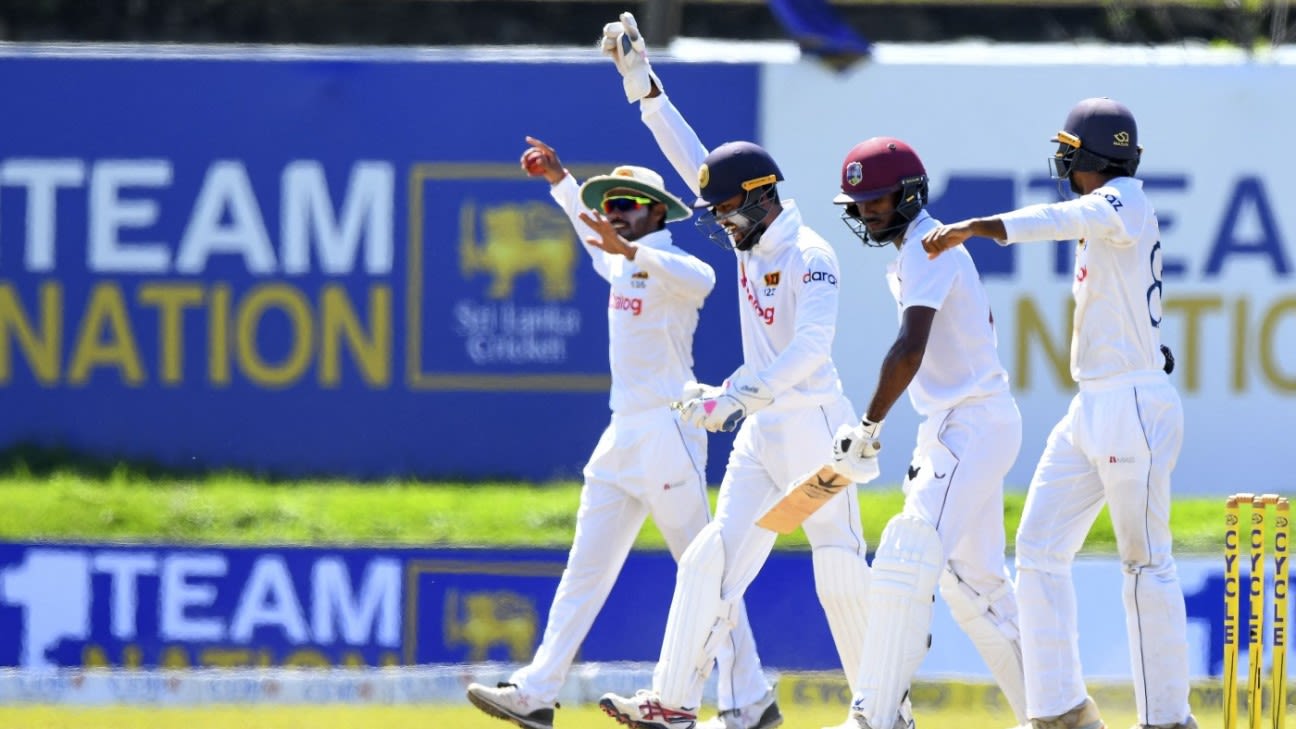 Tasked with seeing out at least 93 overs to save the second Test in Galle, West Indies lost two wickets inside the first 31 before lunch. Kraigg Brathwaite had been dismissed towards the end of the first hour of play, when Ramesh Mendis trapped him lbw with an arm ball.

Jermaine Blackwood and Nkrumah Bonner then mounted some resistance, batting out 23 overs together. Then with three balls to go for lunch, Lasith Embuldeniya tempted Blackwood into a drive, with loopy delivery outside off stump. The bowler had spun this one hard, though – it dipped, took the outside edge, and was caught at slip by Dhananjaya de Silva. Blackwood had batted out 92 balls for his 36. Bonner, at the other end, was on 22 off 71.

The late wicket was reward for Sri Lanka’s spinners, who had created a number of half chances through the course of the session. Blackwood was dropped by Dimuth Karunaratne at short midwicket in the 20th over, the ball only just carrying to him, low to his left. At other times, balls took the inside edge but evaded the short leg fielder, who was constantly in the action.

Despite the loss of their openers however, West Indies batted well to see out the new ball, which has been the Sri Lanka spinners’ primary weapon, as is often the case in Galle. On a pitch that is taking substantial turn, but is not unplayable yet, the visitors do bat deep – Joshua da Silva coming in as low as No. 8.

Early in the day, Sri Lanka added 17 runs in 2.4 overs – No. 10 batter Embuldeniya doing much of the attacking. When Embuldeniya was bowled by Jason Holder, captain Dimuth Karunaratne declared the innings, Sri Lanka sitting on a lead of 297. Dhananjaya added two to his overnight score and finished 155 not out.