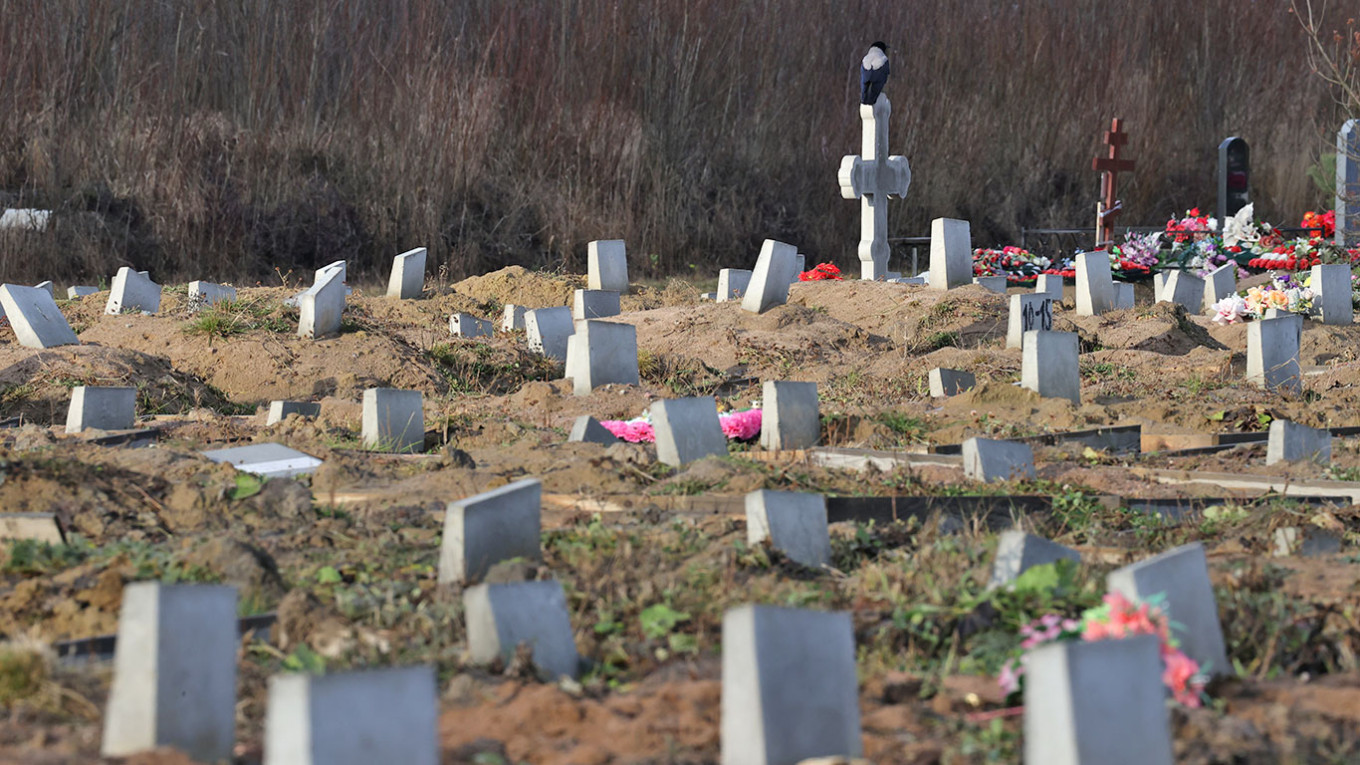 Russia recorded its deadliest month in decades in October, with the total number of excess deaths since the start of the coronavirus pandemic surpassing 810,000.

It is the fourth consecutive month in which official deaths have surpassed 200,000, as multiple waves of the coronavirus have swept across the country, hitting a largely unvaccinated population amid lax restrictions on mobility and socializing.

The last time Russia saw more than 200,000 monthly deaths prior to the pandemic was January 2008.

Before the coronavirus struck, the country was seeing declining death rates, as life expectancy improved amid health advances, economic development in the early 2000s and falling smoking rates and alcohol intake.

But Russia’s natural population — excluding the effects of migration — has seen its largest decline since World War II amid a pandemic which has hit the country hard.

Moscow has also been accused of downplaying the severity of the disease, with the country’s excess death toll more than three times the number of official Covid-19 fatalities recorded by the government’s official pandemic task force.

A separate measure published by Rosstat on Friday said 68,734 Russians died of Covid-19 in October, with the virus present but not deemed the main cause of death in another 6,159 cases. That is more than twice the task force’s initial tally of 31,283 Covid-19 fatalities.

Excess deaths — seen by demographers and statisticians as the most reliable indicator of lives lost to the pandemic — are calculated by comparing the total number of fatalities from all causes during the pandemic with those registered in the same period before the coronavirus.

Russia has now registered 813,000 excess fatalities since the start of the pandemic and the end of October, the latest data available, according to The Moscow Times’ calculations. Other demographers, including former Rosstat analyst Alexei Raksha and Tubingen University statistician Dmitry Kobak say Russia’s true excess death toll could be higher, based on recent declining mortality trends.

The latest data also show that Russia could have already surpassed the U.S. to become the country with the highest number of excess deaths in the world.

The Center for Disease Control estimates the U.S. had recorded around 890,000 excess fatalities by the end of November — a month that saw the pandemic intensify in Russia and the government announce the imposition of stricter mobility restrictions to help stop the spread of the virus.

On a per capita basis, Russia also ranks among the most heavily affected countries, alongside Peru, Bulgaria and Serbia.

Less than 40% of Russians have been vaccinated against the coronavirus amid widespread vaccine hesitancy, despite repeated calls from the country’s leaders, including President Vladimir Putin.

Several regions have rolled out health passes and mandatory vaccinations for certain categories of workers. Lawmakers are currently considering a bill that would ban unvaccinated Russians from boarding intercity trains or domestic flights.