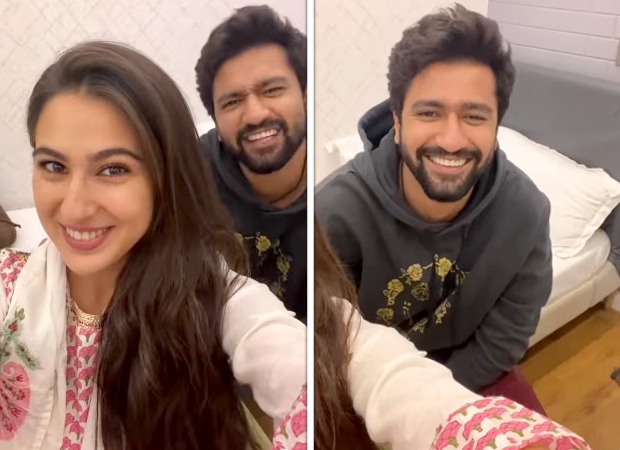 Sara Ali Khan constantly keeps her fans updated with her life. Recently, the trailer of her film Atrangi Re was unveiled. The film, helmed by Aanand L Rai, also stars Akshay Kumar and Dhanush. The actress is gearing up for the release of her film. The actress has now shared an update about the film’s first song ‘Chakachak’ which is set to be unveiled tomorrow.

Currently shooting for her next film, the actress from the sets of her film shared a video on her social media handle with her co-star Vicky Kaushal. In the video, Sara takes the knock-knock joke route and Vicky joins in then as they reveal ‘Chakachak’ song from Atrangi Re comes out tomorrow. “Sara knocks @vickykaushal09 rocks. Time to set your clocks. Chakachak tomorrow- out of the box.”

Sara Ali Khan will next be seen in Aanand L Rai’s Atrangi Re alongside Akshay Kumar and Dhanush. The actress also has an untitled project with Vicky Kaushal in the kitty.