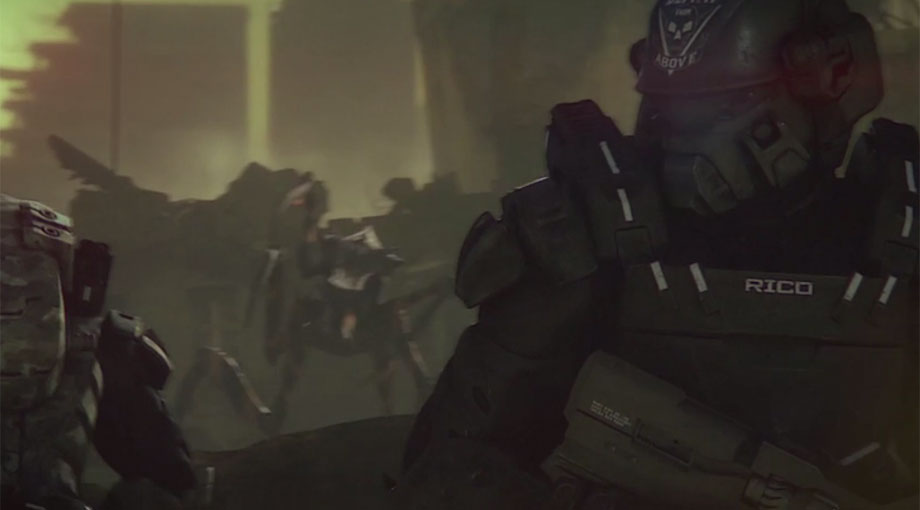 Johnny Rico is a federation trooper who has been bumped down from General to Colonel after a catastrophic series of events in the last film. This time he’s working on a Martian satellite station training a group of newly recruited troopers, who happen to be less than capable at fighting their imminent bug attack. There’s one person who knows that Mars is under serious threat, and that’s Sky Marshall Amy Snapp – but she’s not about to warn the planet’s inhabitants because she wants Mars destroyed for her own socio-political reasons. It’s up to Johnny and his less than impressive crew to rid the planet of the new invasion, whether they’re prepared or not.

Following on from events in 2012’s ‘Starship Troopers: Invasion’, ‘Starship Troopers: Traitor of Mars’ is a Japanese-American sci-fi animation and the fifth installment of the action franchise. Written by Edward Neumeier (‘RoboCop’) who wrote the original adaptation of the 1959 novel by Robert A. Heinlein twenty years ago, it has been directed by Shinji Aramaki (‘Appleseed’) who was at the helm of ‘Invasion’ and Masaru Matsumoto in his directorial movie debut. The film is out now and was shown at an exclusive one night event in select movie theatres on August 21st 2017.