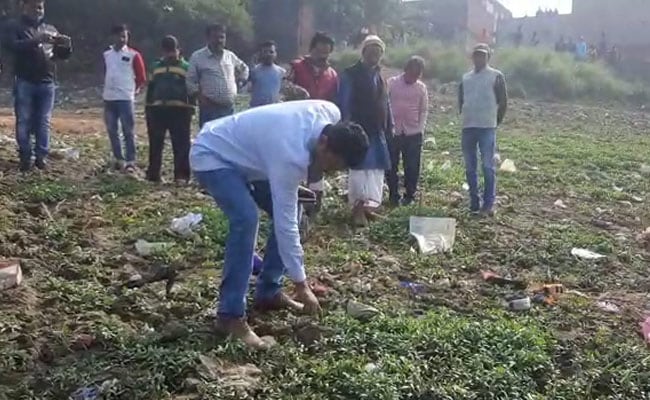 Two persons – one of them a seven-year-old boy – were killed in a series of explosions in Bihar’s Bhagalpur area in a span of a week. The blasts have triggered tension in the communally sensitive area. No one has been arrested so far.

The children were playing at the Dargah Ghat on the Champa river and seeing the new tiffin box in the nearby garbage dump, seven-year-old Amrit Das picked it up. As soon as it was lifted, the box exploded.

The boy was rushed to a hospital where he succumbed to injuries, reported news agency Press Trust of India, quoting Nathnagar inspector Mohd Sajjad Hussain.

The bomb disposal squad was brought in to inspect any other abandoned tiffin boxes, the inspector said. Locals claimed two live tiffin bombs have been recovered from the spot.

On December 11, a rag picker sustained severe injuries when he picked up a carton lying near the rail tracks, reported news agency Press Trust of India, quoting Railway Deputy Superintendent of Police Vinay Ram. Hearing the explosion, the railway police reached the spot and took the severely injured man to a hospital where he died during treatment.

“The matter is being investigated from all angles. Forensic experts have been engaged. Besides, the dog squad and the bomb disposal squad checked the area where the explosion took place,” PTI quoted him as saying.

On December 9, three children were injured in Momin Tola area where a crude bomb went off.

The series of blasts have created panic in the area. Bhagalpur City SP Swaran Prabhat said they are investigating the matter. The police will also conduct door-to-door investigation in the locality, he added.