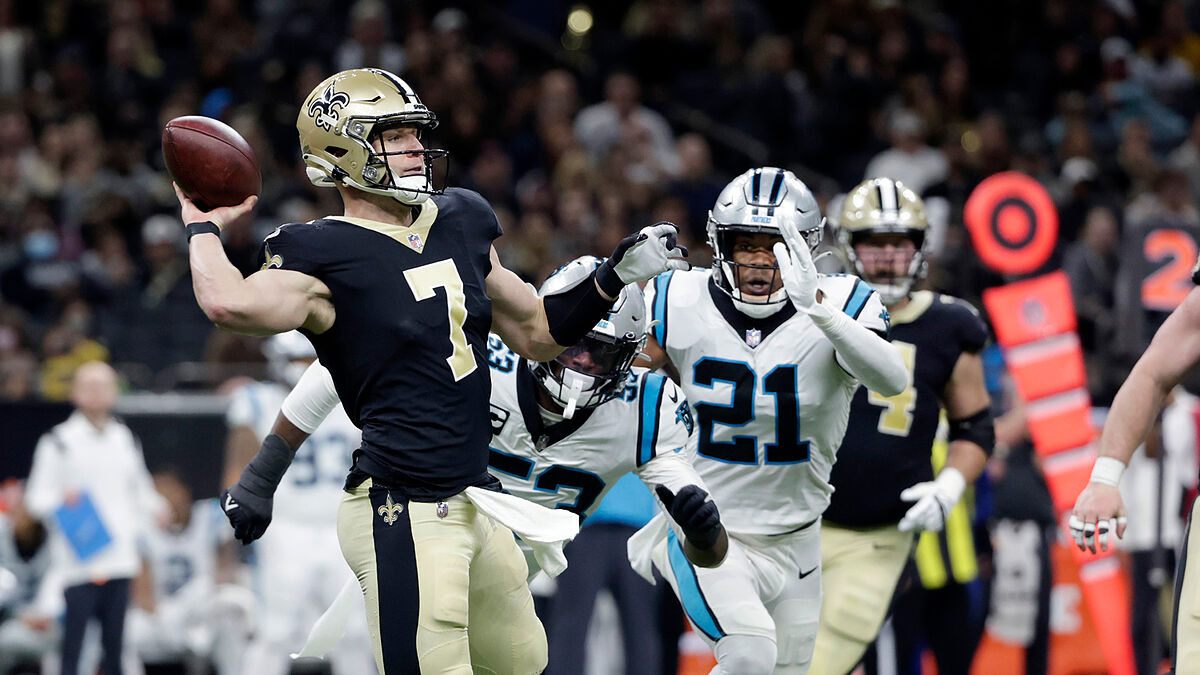 The New Orleans Saints (8-8) defeated the Carolina Panthers (5-11) on Sunday at Mercedes-Benz Superdome to remain in playoff contention heading into the final week of the regular NFL season.

Taysom Hill threw for 222 yards on 17 of 28 completions, including one touchdown pass to running back Alvin Kamara. Kicker Brett Maher scored four field goals to make up the lion’s share of the offensive output for New Orleans.

Kamara had a team-best 30-yard run to set up the TD, and also added five catches for 68 yards. Marquez Callaway tallied 98 yards on six catches, and Hill carried the ball 12 times for 45 yards on the ground.

The first half ended with Carolina on top 10-9, but the New Orleans defense managed to shut out Sam Darnold in the final 30 minutes of play. Saints secured the win with Kamara’s TD in the fourth quarter, the first touchdown for New Orleans since Week 14.

Darnold ended the night with 132 yards on 17 of 26 completions, but threw an interception and had zero successful passes in the end zone. Chubba Hubbard only managed to record 55 yards on the ground for Carolina on 17 carries.

Saints will end the regular season against the Atlanta Falcons, hoping that a win, combined with losses from the Philadelphia Eagles and the San Francisco 49ers, will put them in the NFC playoffs. Panthers are already eliminated from post-season contention, and will end the year against the Tampa Bay Buccaneers.