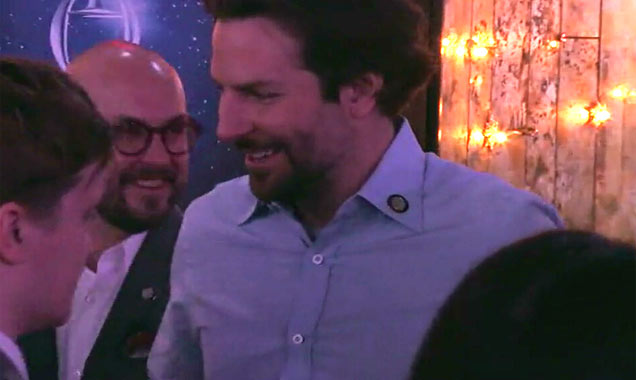 The stars of Broadway’s ‘The Elephant Man’ Bradley Cooper, Alessandro Nivola and Patricia Clarkson were spotted laughing and joking together on the red carpet as they arrived for the Meet the 2015 Tony Nominees reception which was held at the Paramount Hotel in New York.

Other arrivals (potential honourees included) were ‘Something Rotten!’ stars Brian d’Arcy James and Christian Borle, Elisabeth Moss of ‘The Heidi Chronicles’, the star of ‘The King and I’ Ken Watanabe, Chita Rivera from ‘The Visit’ and the production’s creator John Kander, and of course acting royalty Helen Mirren who is currently starring in ‘The Audience’. Tony award winning actor and director Tommy Tune also made an appearance, ahead of his receipt of the Tony lifetime achievement award.