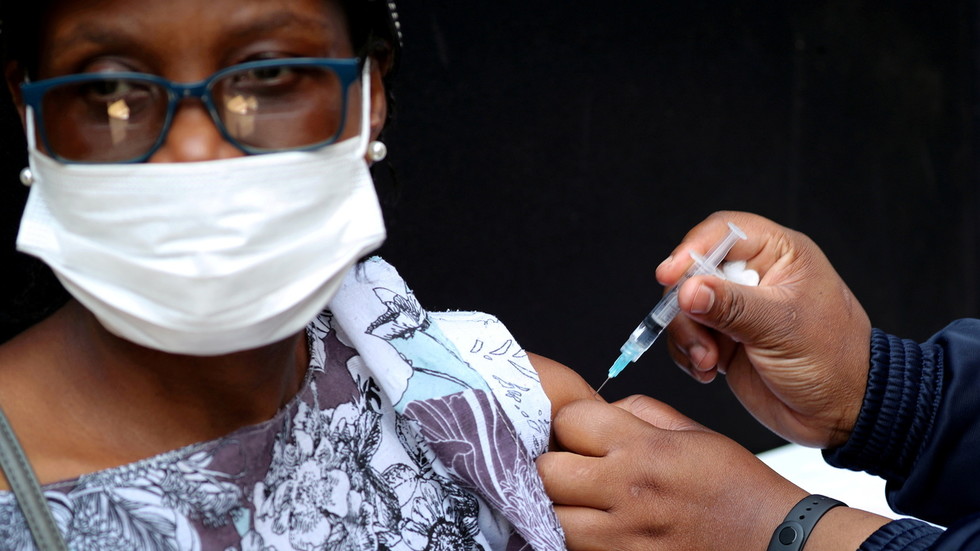 A top Covid-19 adviser to the South African government is refusing to panic like his foreign colleagues, asserting that the ‘super-mutant’ Omicron strain won’t cause a major spike in cases and vaccines will work against it.

“We’re not going to have a severe epidemic” because of the Omicron strain, Barry Schoub, who heads South Africa’s Ministerial Advisory Committee on Covid-19 vaccines, told Israel’s Channel 12 on Friday.

The new wave of infections in the country “is going to be a lot less severe. There’s a lot more immunity, more people are vaccinated,” he added. About 35% of South Africa’s population has been fully immunized so far, which is only a half of the government’s year end-goal, but still much better than in most African nations.


When asked about Omicron’s possible resistance to current jabs, Schoub insisted that “we can be pretty comfortable” on this issue. Initial data suggests that “the vaccine will still prevent serious disease. That, I think, we are pretty sure about,” he said.

“How effective it will be in preventing milder disease – that, we’ve still got to understand,” the virologist added.

Omicron was also “unlikely” to cause more severe cases of Covid-19, according to Schoub. In South Africa, “the great majority of the patients have been mild. In fact, there hasn’t been a very substantial increase in hospital admissions so far.”

However, the expert acknowledged that it was still “early days” in relation to the new variant and it needed to be studied further.

The discovery of a new coronavirus variant with a record number of mutations in South Africa has caused serious concern among medics, who fear it could turn out to be more contagious and resistant to the current vaccines.

The governments in the US, Russia, UK, EU and other countries reacted to what was described as the ‘worst ever’ coronavirus strain by instantly curbing air travel from the whole south African region.