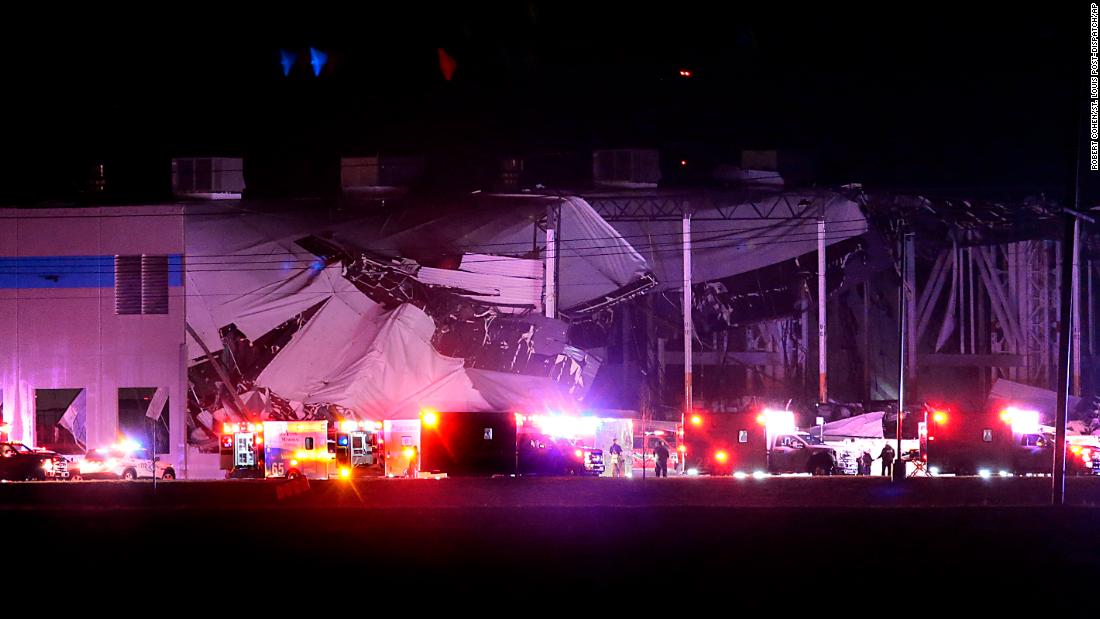 Bob Blankenship, mayor of Monette, Arkansas, told CNN that his town was in a “daze” after a tornado ripped through the area overnight.

Two deaths were reported as of this morning in Monette and one in a nearby town, Blankenship said Saturday.

“It’s just a lot of devastation that we have not seen in my years of working in emergency services,” Blankenship said. “I’ve always had the fear of it coming to my hometown, seeing the devastation in other towns through the years but always just in fear of it hitting here and reality hit last night.”

Power is also out in the town, and Blankenship said he does not know when it will be back.

“We’re still without power. Shower units and feeding units will come in shortly this morning from different organizations to help us,” Blankenship added. “There’s no time limit or frame of when electricity will be on since it covered so much area.”

Blankenship praised the warning system that is in place for residents, saying it saved a lot of lives. He said the system was activated approximately 15-20 minutes before the storm was detected 20 miles from Monette. He also said that “sister cities” are helping Monette with this emergency.

Blankenship said that he and his family also had to take cover.

“We could hear the outside forces,” Blankenship said. “I always heard people say it sounded like a train or something to that effect and I thought, ‘it’s over for us right now.’”

The mayor said the town was prepared.

“We practiced and practiced, but it’s totally different when the reality is here,” he added.

Blankenship said a Monette nursing home was badly affected, but many homes were hit as well.

Blankenship also said that despite what happened, he’s glad they were spared the worst.

“We are glad that Monette was spared the worst of these storms,” he said, adding that their hearts go out to those lost lives and their families.

Some context: At least 30 tornadoes were reported overnight, with Kentucky being the hardest-hit state.

At least 50 people are expected dead, according to Kentucky Gov. Andy Beshear.