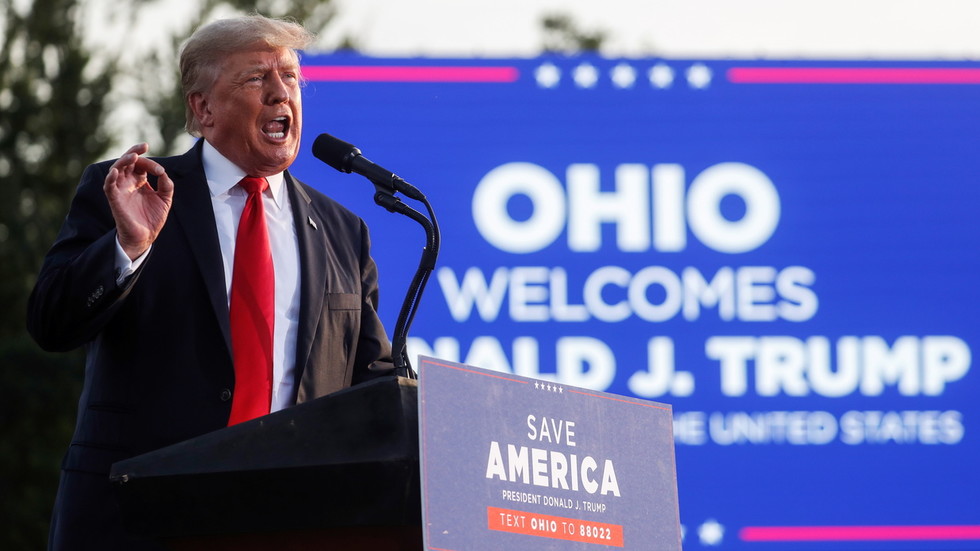 Former US President Donald Trump claimed Russia’s Vladimir Putin is apparently “not worried” about the Joe Biden administration, criticizing his successor after Biden sat down for an online meeting with the Russian leader.

“Vladimir Putin looks at our pathetic surrender in Afghanistan, leaving behind dead Soldiers, American citizens, and $85 billion worth of Military equipment. He then looks at Biden. He is not worried!” Trump said in a statement on Tuesday, hours after Biden and Putin met virtually to discuss a range of issues.


Asked about the talks before they took place earlier on Tuesday, Trump denigrated the current president, saying his meeting with Putin was like “the New England Patriots playing your high school football team.” He went on to boast that while he got along with the Russian leader and other foreign heads of state, he was “tough with all of them.”

Biden made Ukraine a focus of the meeting, as well as Russia’s “military activities” on its own border with the country, among other issues. A readout of the meeting from the Russian side shows that Putin pressed the US president on the expansion of NATO, long a concern for Moscow as the military bloc encroaches on its territory, in addition to US weapons deployments in Ukraine and other “countries adjacent to Russia.”