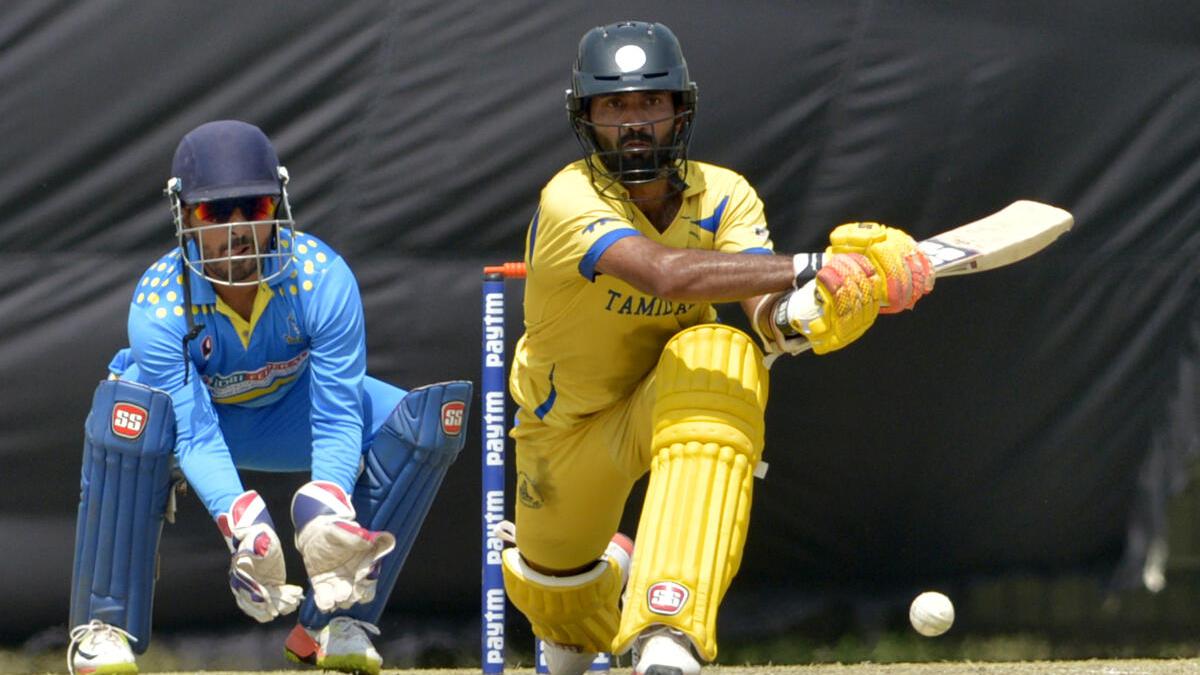 Hello and welcome to Sportstar’s live updates from the Vijay Hazare Trophy matches across centres.

From Chandigarh: Lalith Yadav and Jonty Sindhu have stitched a 100-run stand to help Delhi fight back.

From Chandigarh: A fighting half century by Jonty Sidhu lifts Delhi to 138 for four in 38 overs.

The first half of the day belonged to this man – Mohit Sharma. It was his two scalps in the opening session that put Delhi on the backfoot.   –  SHAYAN ACHARYA

From Chandigarh: 30 overs, Delhi could only manage 89-4 with Jonty Sidhu and Lalit Yadav trying to forge a steady partnership.

From Chandigarh: Chahal strikes again. 47-4 and Delhi in tatters.

From Chandigarh: Shikhar Dhawan departs. Off form continues. Gone for 18.

From Chandigarh: Two down for Delhi. Mohit Sharma on song. He rattles Himmat Singh’s stumps as Delhi reels at 3-2.

TOSS UPDATE: HARYANA HAS WON THE TOSS AND ELECTED TO BOWL AGAINST DELHI.

Shikhar Dhawan warming up ahead of the Vijay Hazare Trophy match against Haryana.   –  SHAYAN ACHARYA