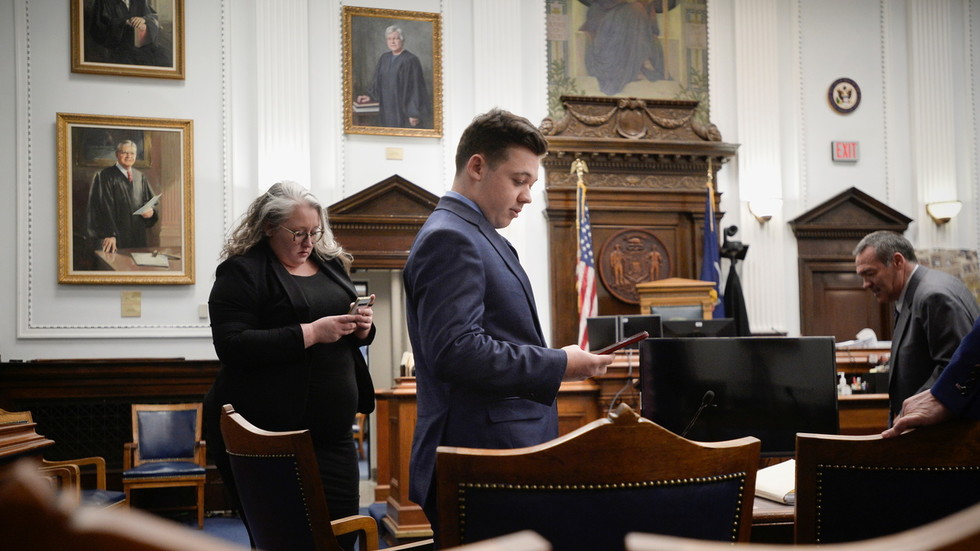 Police camera footage of an MSNBC producer seemingly admitting to following a bus of jurors in the Kyle Rittenhouse murder trial has been released, showing the journalists struggling to explain their actions.

The footage, taken on November 17 and released by the Law & Crime Network, shows MSNBC producer James Morrison speaking with officers from his car, explaining he was told by a New York producer with his network that “these might be the people you need to follow.”

Officer Jerel Jones-Denson asks to speak with the producer, Irene Byon, who struggles to explain why they were following jurors if not to publicly identify them.

“We were just trying to, respectfully, just trying to see if it’s possible to find any leads about the case,” Byon says, stumbling through her sentences multiple times. “And so we were just keeping our distance, just to see, like, where people involved in the trial are positioned.”

The producer goes on to claim they were not trying to interfere with the jurors or interact with them, but the officer tells the producers to cease their course of action anyway, saying, “we can’t afford anything crazy happening.”

Byon ends by saying the producers are “very sorry” for the intrusion.

Judge Bruce Schroeder booted MSNBC from the Rittenhouse trial after he found out about producers following jurors.

Rittenhouse was found not guilty on all charges against him, including murder charges for shooting and killing two men in Kenosha, Wisconsin in August 2020 during a protest that turned violent. Rittenhouse maintained throughout the trial that he had acted in self-defense.