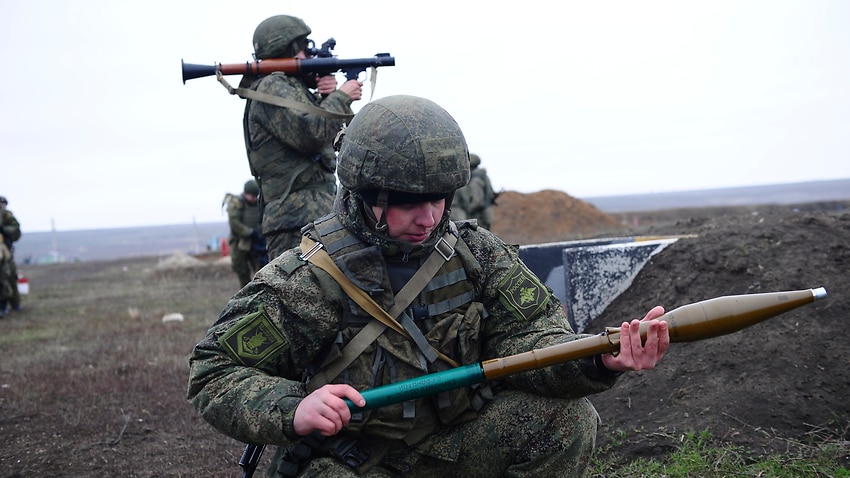 For the US, Russia’s determination to act as a spoiler stems from a petulant unhappiness with the post-Soviet geopolitical status quo.

For Russia, the US is the chief instigator of instability in Europe, pushing Western-dominated political and security institutions, like NATO and the European Union, ever closer to its borders.

These contrasting viewpoints give both protagonists entirely different objectives for the outcome of the talks – one wants to build walls, the other seeks to break them down.

The Kremlin has put forth a list of demands that are all about creating boundaries in Europe, in which Russia has a central role in the security affairs of the independent nations that surround it.

Russia also sees the “Ukraine question” as a broader “NATO expansion question”, and wants it resolved once and for all.

The Biden administration, meanwhile, sees the talks as a chance to restart dialogue on a path back to a strategically stable relationship with Russia. It’s clear now the two sides have little room for agreement.

It is an open question whether Moscow even wants strategic stability, unless it is on its own terms. And the West will not allow a European security order riven between NATO members on one side and a group of Russian proxies and relatively weak nations vulnerable to Kremlin political interference on the other.

Given this disconnect, it is puzzling why the talks are happening at all, and what might possibly be gained from them.

After the first round of talks in Geneva last Monday, US Deputy Secretary of State Wendy Sherman referred to the Russian position as a number of “non-starters”.

Russian Deputy Foreign Minister Sergei Ryabkov was similarly downbeat, warning of unspecified consequences for Europe if Russia’s demands were not met, saying: “We don’t see an understanding from the American side of the necessity of a decision in a way that satisfies us.”

NATO-Russia Council meeting that followed in Brussels also yielded no progress, with Ms Sherman saying Russia had the choice of “de-escalation and diplomacy, or confrontation and consequences”.

Why is Putin raising the stakes?

With the talks so far following the expected script, it raises the broader question of why Mr Putin has sought to escalate tensions so dramatically, and what his endgame might be.

Conventional wisdom would suggest the Kremlin sees the situation as a series of useful tests of Western resolve.

First, by upping the ante with troops on Ukraine’s borders, Mr Putin is testing the Biden administration’s commitment to European security after the chaos of the Donald Trump years.

Russian leaders certainly perceive Mr Biden as weak, distracted by America’s internal political schisms and the need to outline a coherent approach to its competition with China.

Second, Russia’s brinkmanship also helps reveal potential fault lines among NATO members. This is intended to wheedle out those who are more risk-averse, like Germany, from those such as Poland who see Russia as a clear threat to their territorial integrity.

Third, it allows Mr Putin to test how well his muscular foreign policy is playing at home.

This is partly a pragmatic political gambit to prop up faltering support for his leadership. But it is also a social device, aimed at tapping into domestic nostalgia about past greatness. This potentially gives Russians a sense of a unifying national idea that has been largely absent since the collapse of the Soviet Union.

What could Putin do next?

All these are useful explanations for why Mr Putin might seek to ramp up tensions with the US and the broader West – and why he’s doing it now.

But it doesn’t answer what would actually satisfy Moscow, given Washington refuses to acquiesce to Russian demands not to expand NATO to Ukraine, regardless of how remote a possibility that might be.

Stationing more than 100,000 military personnel – effectively an invasion force – near a sovereign neighbour is a dramatic piece of symbolism not without political risk.

A Russian serviceman takes part in drills in the Rostov region near Russia’s border with Ukraine in December, 2021. Source: AAP

It is possible Mr Putin may interpret failure to make headway in the talks as further evidence of the West’s malign intentions, and formally annex the Donbas region of eastern Ukraine – just as it did Crimea – in retaliation.

Yet that is hardly persuasive. For one thing, Mr Putin is already in de facto possession of these regions, and leaving the negotiating table with only parts of Ukraine to show for it would hardly be a ringing triumph.

Another possibility is Mr Putin genuinely wishes to bring confrontation with NATO to a head by threatening to conquer the rest of Ukraine. This should not be dismissed out of hand. After all, Mr Putin has long telegraphed his personal sense of loss at the collapse of the USSR. It culminated in his bizarre essay last July which effectively denied Ukraine was a sovereign nation and claimed Ukrainians and Russians were “one people”.

This essentially frames Russia as a grand geo-cultural civilising project: it must dominate its historical spheres of influence in Eastern Europe in order for there to be stability.

And what should the West do next?

For the Biden administration and other NATO governments, Mr Putin’s antics can no longer be dismissed as mere petulance, or sympathetically explained away as “legitimate” grievances.

Rather, they form a pattern of behaviour that has sought to undermine European unity, exacerbate domestic divisions in the US, and fragment the current security order by threatening to invade independent states.

Given this, as well as Mr Putin’s increasingly virulent nationalism, talks are unlikely to assuage him. Instead, he is more likely to perceive it as weakness, and be encouraged to continue his brinkmanship.

So, if diplomacy fails, the US and its NATO partners will need to do more than rely on cycles of sanctions and dialogue to counter Russia. More importantly, if they really do seek to uphold the principles they espouse, they may find they can speak louder with actions than with words.

Matthew Sussex is a Fellow at the Strategic and Defence Studies Centre, Australian National University. He has received funding from the Australian Research Council, Australian Defence Department, Fulbright Commission and European Union.