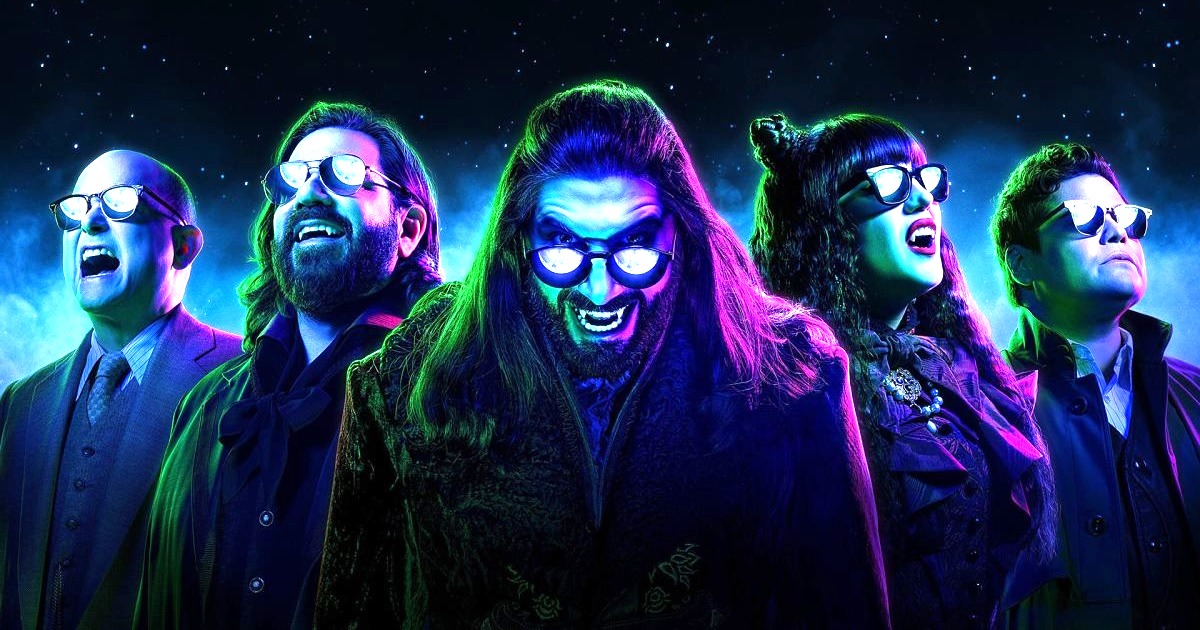 A few months ago, we heard that FX had ordered a fourth season of the vampire comedy series What We Do in the Shadows before the third season had even started airing. Then season 3 (which our own Alex Maidy gave a 9/10 review) did air, wrapping up at the end of October – and a month and a half later, cast member Harvey Guillén took to social media that filming on What We Do in the Shadows season 4 has already finished!

A premiere date for What We Do in the Shadows season 4 has not yet been announced, we only know it will start airing on FX sometime in 2022.

A spin-off from Jemaine Clement and Taika Waititi’s horror-comedy mockumentary film of the same title, What We Do in the Shadows centers on

three vampires who live together: Laszlo (Matt Berry), Nadja (Natasia Demetriou), and Nandor (Kayvan Novak) — the former two are husband and wife. Also living with them is a fourth vampire named Colin Robinson (Mark Proksch), who’s an “energy vampire.” Instead of blood, he sucks the energy out of his victims by boring them to death with mundane anecdotes and bad jokes. The office is his feeding ground, but his powers also work on his vampire roomies.

Here’s the synopsis for season 3:

After the shocking season two finale, we find the housemates in a panic about what to do with Guillermo after discovering that he is a vampire killer. This season, the vampires are elevated to a new level of power and will encounter the vampire from which all vampires have descended, a tempting Siren, gargoyles, werewolf kickball, Atlantic City casinos, wellness cults, ex-girlfriends, gyms and supernatural curiosities galore. Plus, Colin Robinson is turning 100. And Nandor, faced with his own eternal-life crisis, tries to inject his life with more meaning.

What We Do in the Shadows stars Matt Berry, Kayvan Novak, Natasia Demetriou, Harvey Guillen, and Mark Proksch.

Clement and Waititi are executive producers on the show, along with Scott Rudin, Garrett Basch, Eli Bush, Stefani Robinson, and showrunner Paul Simms.