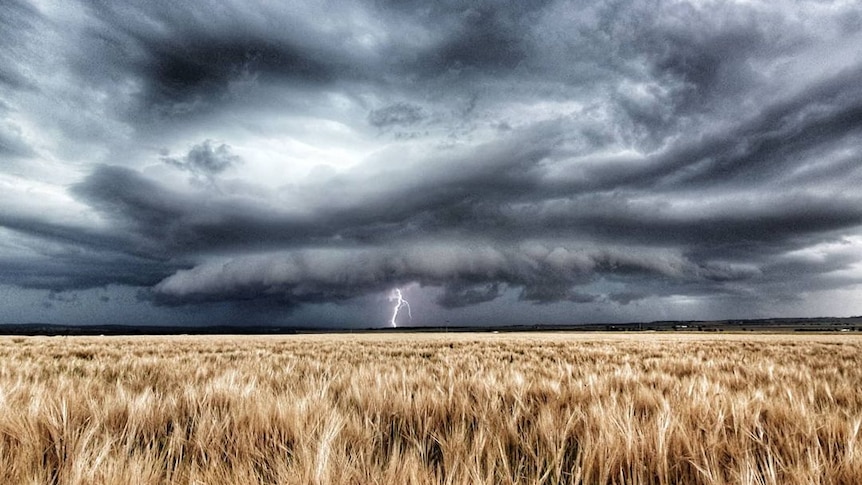 Australian farmers are harvesting the least expensive wheat in the world and it is getting cheaper by the day.

Many growers are busy harvesting grain much later in the year than normal after widespread rains slowed and damaged much of a bumper grain harvest.

As the harvest rolls on, the value of the grain is falling at an alarming rate.

“Prices across the country have really taken a dive across the last week.”

For growers racing to get crops off the timing is less than ideal.

“That money goes to football clubs, spent in towns, workers and the community,” he said.

Despite the difference in the pay packets of Australian growers compared to the rest of the world, grain handling giant GrainCorp is quick to remind farmers that this year’s prices are historically high.

“The properties of grain are supply and demand [driven], so it is fluctuating and it always will fluctuate.”

It is not just wheat prices that are falling.

Australian canola and barley are also selling at a discount compared to global prices.

According to Thomas Elder Markets, the canola price per tonne in Western Australia has fallen by $125 since November.

Prices in Victoria and New South Wales have fallen by as much as $70 per tonne in the last week.

“Australia has the cheapest wheat, cheapest canola and cheapest barley in the world and it just got cheaper,” Mr Whitelaw said.